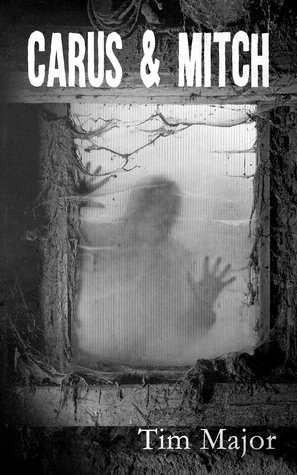 Carus & Mitch is the first horror short story I’ve ever read and I must say it made me a fan of the genre.

The closest thing I’ve read to this was Stephen King’s Under The Dome and they are clearly in two different levels but Tim Major’s writing and plot gripped me very tightly, regardless of this difference.

Mitch and Carus are amazing characters and their relatioship is very interesting to read about. But I do think the short story, even though being supposed to be short (duh!), would’ve benefited from a deeper exploration of their personality traits. It’s like showing the reader a piece of chocolate and not letting him eat it.

Now, trying not to spoil anyone: I think the ending could’ve been more intense and complex. Mainly because I built up such high expectations due to the gripping beginning and middle parts of the storyline. The idea of this two sisters living alone in a closed house, barricading themselves and being afraid of going outside is very inviting to the reader, or at least to me it was. I just had to find out why!

What I admired the most in Carus & Mitch, though, was Tim Major’s ability of writing a whole story (and spooky one furthermore!) with just two characters and still make it so gripping.

To wrap it up, Carus & Mitch was a reading I enjoyed quite a lot and would recommend if you’d like to start reading different and spooky book genres.

Carus is only fifteen but since their mum disappeared, looking after her little sister Mitch is her job. There’s nobody else. Not in their house and not outside, either. There’s something out there, scratching and scraping at the windows.

The barricades will hold.

Publisher: Omnium Gatherum
Date of Publication:  February 23th 2015
Genre: Horror, Short Story
Page Count: 88
Source: I received a copy of this book from the author in exchange for an honest review.